Home » News & brief » Zurino: ‘Originality and fair price, the keys for the export of Italian food’ 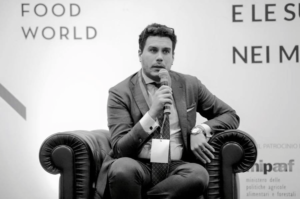 Lorenzo Zurino, Ceo of The One Company

Lorenzo Zurino, founder and CEO of ‘The One Company’, released in an interview with America 24, in which he explained how Italian agri-food Companies can make the most of the golden moment that is characterising Italian food in the United States. We propose this interview for the benefit of the readers of Italian Food Excellence.

Originality and fair price, combined with the willingness to invest, not just money, but also time. These are the essential ingredients for the Italian agri-food Companies that want to conquer foreign markets. Word of Lorenzo Zurino, originally from Sorrento, but transplanted between Milan and New York and guest at ‘Food and restaurants for tomorrow’, a convention organised by New York University hosted at ‘Casa Italiana Zerilli-Marimò’. According to Zurino, Italian food ‘is enjoying a golden moment in the United States’. With 4.03 billion Euros, the USA has been by far the main market for Italian food outside the borders of the European Union and the third in general terms, after Germany and France, and before Great Britain.
Lorenzo Zurino explained: ‘My family has been dealing with food and distribution for four generations, exactly 103 years, and I represent the fourth generation of this long tradition. Ten years ago, I started ‘The One Company’. At that time I was 23 and like any young person I was in love with America. I said to myself: ‘Ok, I like food, I like to sell it and tell it, but I want to do it in America’. And that's how my journey to the United States began’.

What are the main difficulties encountered in spreading a brand in the US market?
The main difficulties concern how to try to understand what the needs of distributors and importers are, which products have a good sell out and which have not, and understand what it is attributable to. The most competitive State to deal with is precisely that of New York, where there is everything. Here originality and fair price are needed.

What is the minimum investment to start exporting abroad?
It is a process of growth that for my experience is always the same. Even large Companies start to export a pallet, then two, four, ten, until they reach a container. And so one’s business grows. The entrepreneurs who decide to invest in America must be well aware that a revenue centre, in order to become important, takes time and time is a form of investment.

Which role have or may have such agencies as Ice to facilitate the process of internationalisation of Companies?
They are absolutely incisive. Ice is fundamental to the extent that it perceives that the business model in the United States is absolutely competitive. So organising an event is essential as long as there is a critical mass of Americans inside that event.