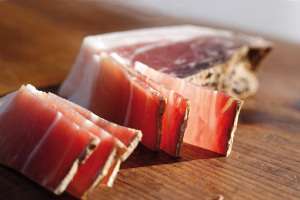 On September 30th and October  1st in Santa Maddalena, a small town in the Funes valley, surrounded by Odle Alps, there will be a festival dedicated to Speck Alto Adige PGI. During the two days event there will be songs, folk dances and music, as well as a regional specialties market and ovens ready to serve typical South Tyrolean bread.

The entertainment program this year will have also workshops on the production stages of speck and its use in the kitchen, by giving guests the opportunity to prepare and then try the speck canederli. The edition will have also the “Gletscherhons”, the fastest product cutter and The Queen of Speck's 2017, as well as a vast culinary offer: from typical dishes such as the classic chips of Speck Alto Adige PGI, canederli and Gröstel (roasted potatoes and speck), to the most creative dishes like the pumpkin velvet with speck slices or cabbage salad with speck. 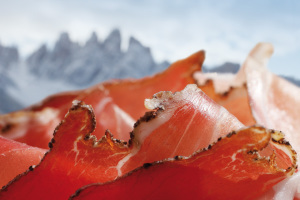 It is a lightly smoked ham cured in the pure open air, a treatment that gives it an unmistakable appearance and taste. It originates from the merging of two different meat conservation methods: curing, typical of the raw ham of the Mediterranean area, and smoking, typical of Northern Europe. And it owes its special character to its strong ties with its land of origin, South Tyrol: the especially favourable climate of the Alpine valleys plays a key role in the production.

The Consortium for the protection  celebrates in 2017 its first twenty years since the day the European Union recognized the protected geographical indication (PGI). For consumers, the indication is a guarantee to bring to the table a safe product, with high quality and genuine taste. It is a recognition which allowed to guarantee and to protect the quality and genuineness of this product that today is a true symbol of South Tyrol taste and tradition. The significant growth in exports, which in 2016 reached 33.2 percent of global sales, confirms the fact that this ham is the prestigious ambassador for genuine South Tyrolean quality.