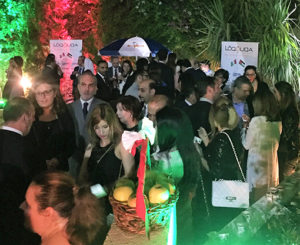 The apples of South Tyrol were protagonists in Amman during the festivities organized on the occasion of the Feast of the Italian Republic (2nd of June). The gala evening, which was anticipated on May 24th to honor Ramadan, was held at the Embassy of Italy and involved 500 guests, each of whom received a gift with a Golden or A Red Delicious  apple by Marlene.

The apples with the blue flag landed in Amman on the proposal of Italian Ambassador, Giovanni Brauzzi, that during the ceremony decided to show a product of the Italian excellence.  The Feast of the Italian Republic in Jordan was celebrated in great style, and among the invited guests there are numerous prominent figures. During the evening, the Ambassador showed a video titled “Italian Legacy in Jordan” designed to represent the ties of economic, cultural and development cooperation that has existed for decades between the two countries.