Home » Fairs & events » Besana is strengthening its presence in China 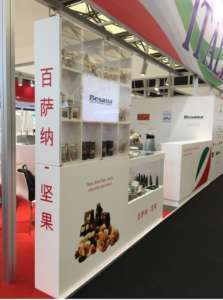 Besana Group was present at Mac Fruit Attraction China, which was held in Shanghai from November 21stto 23rd. This year the Group took part in no less than three Fairs in China (Sial China 2018 and FHC China). A competitive strengthening of Besana in the Asian Country, which is strategic for dried and processed fruit, is taking place. Four new products specifically developed for the Chinese market were presented. We are talking about premium references for large retailers, which will occupy a niche segment. 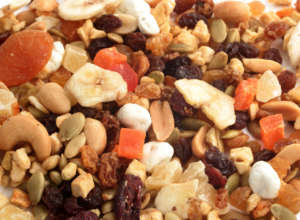 Renato De Goyzueta, Export manager of Besana Group (>80% export rate), explained: ‘China is growing and it will increasingly be one of our reference markets for the next few years. We have presented products for modern trade, which have been very well received. We are convinced that in this big, rapidly evolving Country there will be great prospects for development’. The presence at the three Chinese Fairs has allowed strengthening the international agricultural supply chain project that Besana Group has been carrying out for some years. In fact, Besana has introduced an innovative model of agricultural development. The aim is to enhance the cultivation of walnuts, hazelnuts, and almonds, creating a supply chain project with the producers of Central Asia and Central Europe; in these areas the pedoclimatic characteristics allow the crops to perform at their best. This project has very important social implications, too, such as the growth of underdeveloped areas and spread of modern agricultural technologies among local populations. 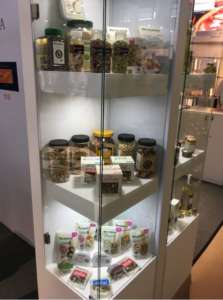 This project involves an investment of 2 million Euros. It was started 3 years ago. The Company supports the farmers and offers them both know-how and assistance in every stage, from the selection of cultivars to irrigation and mechanization techniques (that are fundamental for this type of agriculture), and marketing of the product all over the world. Pino Calcagni, president of Besana Group, concluded: ‘This integration project connects East and West. China is a strategic link of this model’.

The history of Besana has its roots in 1921 and the Group has always been guided by the same family. The founder Emilio was followed by his brother Vincenzo and his grandson Pino, up to the present fourth generation, with Pino accompanied by his son Riccardo and his daughter Vittoria. The headquarters of the Group has always been at San Gennaro Vesuviano (Napoli). The Company operates in five continents, importing raw material from 30 Countries and processing 42,000 tonnes of dried fruit and seeds. The Group is one of the founding members of AlmaverdeBio, the first organic brand in Italy. In 2017, Besana's turnover reached 190 million Euros, with an increase by 15% on previous years.