Home » Products Made in Italy » Sanpellegrino keeps on growing abroad 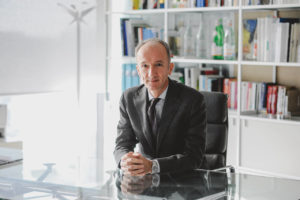 Sanpellegrino continues to grow on the international markets. The group with almost 1,500 employees and products exported to more than 150 countries around the world, closed last year  with a turnover of 895 million euros and 3.7 billion bottles. More than half of the turnover was achieved thanks to a continuous and steady increase in foreign sales.

The performance on international markets (+6.9% over 2015), was driven by S.Pellegrino and Acqua Panna. Exports of the two mineral waters, together with the Sanpellegrino drinks, represent today the 54% of the total turnover.

2016 was a record year for S.Pellegrino's mineral water, which reached 1 billion bottles sold worldwide, an increase of 5% over 2015. Acqua Panna also closed 2016 with a growth over the previous year.

“We are pleased of the 2016 performance, which ended with a result in line with the previous year - stated Stefano Agostini, Sanpellegrino Group, Chairman and Chief Executive Officer. Although the extraordinary market conditions of 2015, in which sales were driven by an exceptionally warm summer and the Universal Expo, did not repeat, mineral water confirmed the volumes of 2015”.