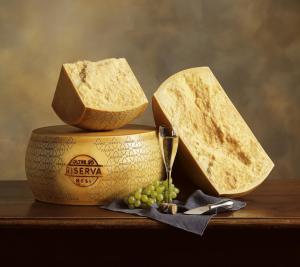 Italian cheese and wine are the most appreciated products on American tables. The big Pdo productions are going well: Grana Padano +8% and Parmigiano Reggiano +6% . As a matter of fact, imports of Italian cheeses in the United States, according to data communicated by the US Department of Commerce and published by ICE, reached 34,894 tonnes in 2016, with an increase by 8% in volume compared to 2015.

Just as for wine, Italy is the first supplier Country in the United States for cheeses, too. A triumph of flavours and quality for Made in Italy productions, which makes Italian products the most appreciated on American tables. Imports of Italian cheeses in the United States, according to data communicated by the US Department of Commerce and published by ICE, reached 34,894 tonnes in 2016, with an increase by 8% in volume compared to 2015. Giorgio Mercuri, president of ‘Alleanza delle Cooperative Agroalimentari (Alliance of Agri-Food Cooperatives)’, commented: ‘Our Country absolutely wants to protect and strengthen its leadership in the United States, focusing on quality of Italian dairy excellences, despite the tricks of fake Italian products, which account for over 60 billion Euros’. 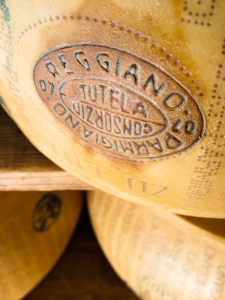 The data published by ICE have also highlighted the value of Italian cheeses imports, which in 2016 were close to 280 million Euros. Thus, they account for a quarter of all imports of cheese in the USA (behind Italy, there are France, with a share of 13%, and Spain with 7%), and both popularity of the Mediterranean diet and higher diffusion in terms of visibility and advertising image of Italian cheeses allowed increasing consumption of our authentic cheeses in recent years, particularly in large urban centres (New York, San Francisco, Boston).

Fabio Perini, Chairman of ‘Alleanza delle Cooperative Agroalimentari’ in Lombardy, said: ‘Although in the USA, unlike Canada, the lack of a free trade agreement does not guarantee any protection for our quality denominations, in the past year the main PDO cooperatives registered a good growth concerning exports to the United States. The exports of Grana Padano, for which the American market is the second largest Country in terms of sales abroad, increased by 8.4% compared to 2015 (187,622 shapes). For Parmigiano Reggiano, too, the growth was positive, with 256,250 shapes sold in the United States, which account for 21% of all exported volumes. Thus, this product recorded + 6% increase compared to 2015.