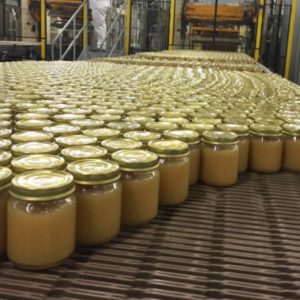 Plasmon historic Italian brand is an internationally recognised reference point for baby food. After the merger between Kraft and Heinz (The Kraft Heinz Company), which gave life to a world-leading reality in the production and distribution of food, ‘Plasmon’ brand - and the historic Italian plant in Latina - have strengthened their position in the domain of early childhood foods. In fact, the international group has decided to focus on Italy as a hub for research, development, and production of all the foods for younger children. Hence the investments made so far on the territory, and in particular in the production plant in Latina: over 20 million Euros for the development and innovation of the plant just in the year 2016. 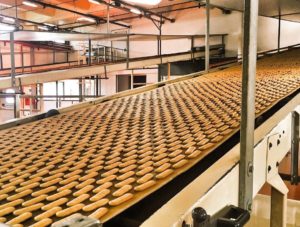 The production of this plant is destined not only to Italy, but also to exports to 41 Countries around the world, for a total of 25,000 tonnes of processed foods and more than 200 million turnover each year. In addition to Plasmon branded baby food lines, such other major brands as Biaglut, Nipiol, Dieterba, Cuore di Natura, and Aproten are also produced in Latina.

With ‘Plasmon’ historic brand, many icons of child nutrition have been launched: the famous Biscuit, the new natural homogenised food, and the 'Nutri-mune' formulas for children. 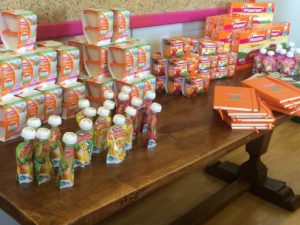 The plant in Latina can already rely on a manufacturing system at the forefront, which guarantees food quality while keeping both taste and organoleptic and nutritional properties, indispensable to meet the high standards set by baby food regulations. However, with ‘100% Natural’, Plasmon aims at doing even more. Andrea Budelli, Vice President Research and Development Europe and Global Infant and Nutrition, The Kraft Heinz Company, said: ‘The new line provides for Italian raw material only, such as fruit, vegetables, and meat, which are subjected to physical and non-chemical treatments only. This is the result of traditional processing, as it happens at home, but on industrial scale. Quality of raw materials and controls of the entire production process add to the Research & Development activity, which are also carried out in Italy. Today, Kraft Heinz can rely on several collaborations with important Italian university centres, such as the Department of Translational Medical Sciences at the University Federico II of Naples, Neonatology Operative Unit and TIN Cà Granda - Major Hospital of Milan, Paediatrics and Neonatology Clinic of the University of Palermo, Experimental Department of Oncology of the European Institute of Oncology of Milan.