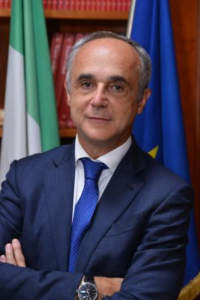 In recent years, in support of agri-food exports Italy has improved its ability to make a system and politics, too, has played its part with an extraordinary plan of dedicated re-launch, whose realisation has been entrusted to ICE Agency (Italian trade agency).

Work is in progress as for distribution, through agreements with players from other Countries in order to introduce Italian products in physical points of sales or to build aggregation formulas to facilitate their commercialization in the reference e-Commerce portals in each geographical area, or through the creation of new dedicated websites. In addition, the position of made in Italy food is being defined again to rebalance a situation in which Italian food products have a recognised reputation in terms of product quality, but are often forced to play their competitiveness on price.

Michele Scannavini, President of ICE Agency, explained: ‘In 2017 we began to see the results of the investments that Italian companies and institutions have made on internationalization. Italian agri-food exports grew by 6-7%, reaching a total value of about 40 billion Euros, mostly realised on the European market, but also through an improvement in trade in the USA’.

On which markets have you invested?
‘Last year we worked a lot on North America, stipulating with the US distribution about forty agreements, which have opened the doors to companies that so far were not present on this market and that have resulted in almost 100 million Euros of additional purchases, with 10 million of public investments. We focused in particular on the central States, where made in Italy productions are less present compared to California and the East Coast, with partnerships including both distribution and promotion, in physical points of sale and e-Commerce stores, when the chain had access to the double channel. With the Texan player H.E.B. we have realised a portal entirely dedicated to made in Italy food & wine, with 300 references (heb.com/Italy), while with Walmart we have developed a private label line (Sam's Choice Italy) with authentic Italian products, which has now 18 references (12-13 food and 5-6 wine); however, given the good sales results, the US chain has expressed its intention to implement this assortment and the duration of stay in the stores’.

What are your plans for 2018?
‘This year we will continue to work on North America, but we will also try to extend the types of activities undertaken in the United States and in Asia, where strong cultural differences must certainly be overcome, but it is also necessary to solve the delay in the presence of Italian food and wine, mainly due to the absence of international Italian distribution groups. So, just as we have done in the USA, we need to build distribution agreements with local partners. We have therefore started to work with an important large-scale retail trade covering the food area in South Korea. We are also making contact with the players of both physical and digital Chinese large-scale retail trade, and in Japan we started a business with ISETAN. Of course, our activity is also aimed at Europe, where we are assessing some initiatives in Germany and in France. The distribution agreements have given a good response in terms of visibility, business, and return on public investment, equal to 10-15 times more than purchases of Italian products compared to the sum spent: it is therefore certainly worth pursuing in this direction’.

What about the eCommerce market in order to grow in such an extended market as the Chinese and Asian one in general?
‘Digital represents an opportunity because, by its nature, it reduces intermediaries and allows telling, much better than physical space, the story behind a product and having a much more profitable business, once we succeed to reach a certain critical mass. With Alibaba, we are discussing a formula to aggregate a significant number of Italian companies that are already present in their store. They are about 140-145 realities, but many of them do not have sufficient resources to give visibility to their products. We therefore want to group and support them in the context of a campaign of promotion and communication that tells about made in Italy food and wine and generates greater rotation’.

In China, which product categories are you pushing?
‘We are working a lot on wine, of which Italy is the leading exporter in the world, with an average market share of 20%, while in China we reach only 5% and we are the fifth Country by sales volume, surpassed by all the others most important producers. We have to solve this historic delay concerning both physical and digital retailers’.

And what will you do in order to improve your positioning?
‘The lever to improve performance abroad is to focus our competitiveness on qualitative superiority and not on price. For this reason we have recently presented a short film on agri-food, entitled ‘The Fifth Element’. It aims at evoking the all-Italian ability to transform the raw materials, the result of the four natural elements, into extraordinary products. This ability is our fifth element, made of tradition, uniqueness of our territory, technological processes, and attention to quality; all this make our products extraordinary and our Country the one with the highest number of certified products and among the ‘healthiest’ in the world. The best positioning of products realised by our companies will be supported by the communication initiatives we have planned for 2018, even with particular intensity in strategic markets’.