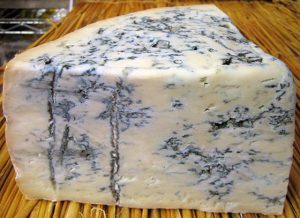 The surprising block on grassy cheeses - operated at the end of August by the authorities of Beijing - had put at risk a very promising market for Italian cheeses.
The situation was unlocked by the Chinese Ministry of Health, that confirmed on a note that these products are safe and can be marketed in China again.
This is a result that comes at the end of an intense work made by Assolatte, which involved the ministries concerned and the general manager of the Ministry of Health in his recent visit to China.
“The issue was solved -said Giuseppe Ambrosi, chairman of Assolatte- but the long-term need to collaborate with AQSIQ (the Chinese Food Safety Agency) remains unchanged in order to update current legislation on dairy products, thus avoiding the possible repetition of new blocks for our exports”.
On this issue, the Italian and French embassies were working on a technical meeting in Beijing, during which the national and EU authorities, with entrepreneurs' delegations, demonstrated to Chinese counterparts the safety features that dairy industry confers on herbaceous cheeses.
“The news of the positive solution to this emergency makes us to hope for the future. The Chinese market is becoming increasingly interesting for our businesses -Ambrosi concludes-. According to Assolatte from 2015 to 2016 Italian cheeses sales increased by 42%, reaching 2650 tonnes. And in the first 7 months of this year there was a further leap forward: + 32% over the same period of 2016, exceeding 2.2 thousand tons”.