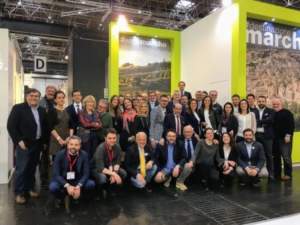 The export data on the total 2017 released by the Istat show a further growth of wine made in Marche, which for the first time exceeds 50 million euros (57 million euros, including beverages that weigh about 10% on the total value).