Baby leaf, radicchio, and organic productions are the three strategic points with which the Italian company Cultiva, specialised in the production of ready-to-use vegetables in glasshouses with plants in Italy, the United Kingdom, and the United States, stands out on the US market. 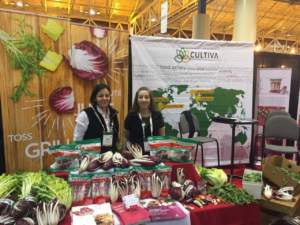 The USA is characterized by a strong concentration of both agricultural production and product processing. The ‘big 4’ of the sector, first of all Taylor Farms, cover a large part of the territory, guaranteeing more than 60% of Fresh convenience cultivated in the USA. And it is especially in the West Coast (California and Arizona) that almost all of the cultivation is carried out in the field, because the atmospheric conditions (very strong and short rains) make it difficult to do it in the East, where however there is the greatest consumption of fresh-cut products. Cultiva Farm USA intercepts this demand for distribution and catering, by operating at Jennings (Florida) and thus reducing transport costs and waiting time. Thanks to its thirty year experience in the cultivation of radicchio in the United States, the Italian company is also pursuing a joint venture with Taylor Farms. Federico Boscolo, president of Cultiva Farm USA, said: ‘The project for the development of protected production in the East Coast is very important for Cultiva and a pioneering one in the American market’. 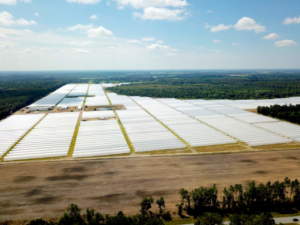 What are the next investments in the East Coast and which crops are you especially considering?
“Our Company is the first one that is producing baby leaf in glasshouses (not hydroponic or vertical farming) and, at the moment, it is also the largest one. At the moment Cultiva Farms USA has 800 greenhouses at Jennings, in the Hamilton County, for the production of conventional spinach and arugula”.
The important investment in this area includes, in addition to the greenhouses, the land (more than 150 hectares), a new warehouse of 2,000 square meters, maintained at a constant temperature of 2 °C, which can boast even the best cooling solutions for the product.

At the centre of the farm, the warehouse guarantees the cooling of the product below 4°C in less than two hours from the harvest, a fundamental operation for the shelf life of baby leaf. “By March 2018, also in the same location, we will have in production further 80 greenhouses to test the organic productions. If the test yields the expected results, we plan to produce further 600 totally organic greenhouses. For Cultiva it would create a true production and logistics hub in the centre of the American South East. In Florida we can produce non-stop from October to June, when the already too high temperatures would not allow any type of production. Our project is to replicate this hub (1,400 greenhouses) in a location further north, to guarantee our production 12 months a year”.

Which typical products of Made in Italy do you propose to the US market?
“Radicchio is our historical product and it has allowed us to differentiate ourselves from everyone in the mid-80s, having proposed it as an ingredient for the industry concerning ready-to-use products, which in the United States at that time began to make its way. We can proudly say that we created this market when this product was totally unknown. To date, any distributor or wholesaler, if radicchio is mentioned, will refer to Royal Rose, our brand”.