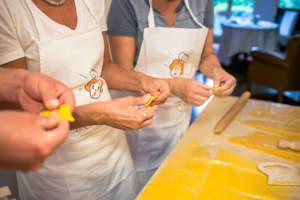 Cesarine is a network of ladies located throughout Italy and selected under the patronage of the Ministry of Agriculture, with the collaboration of the University of Bologna. To date they are more than 400. ‘Cesarine’ was once the common name given to the housewives in Romagna: today they organize in their homes, in more than 90 Italian towns, small and large culinary events in support and protection of culinary traditions that are often forgotten. They are custodians of culinary and wine-growing traditions that otherwise would be on the brink of extinction. 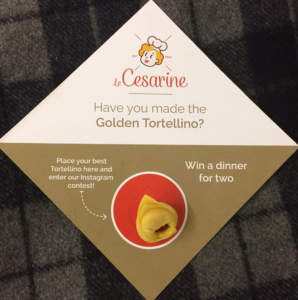 Now Cesarine’s cuisine becomes international. In March, these historic custodians of the Italian regional culinary tradition were protagonists at ITB Berlin, a showcase to enhance the essence of cuisine, territory, and hospitality. This is authentic Italian richness in which food is never separated from an emotional journey of traditions and reception.

Cesarine operated in a dedicated stand in the Europe section which, for the entire duration of the fair, was livened up by a show-cooking dedicated to pasta, including the daily appointment ‘Come & Try’, where under the guidance of one of the Cesarine in charge, it was possible to prepare tortellini.

The participation in ITB Berlin 2018 follows the path of internationalization of the reality of ‘Cesarine’, which continues after the presence in Shanghai in the week of cuisine of the world last November 2017.