Home » Wines, beers & spirits » The Martelli Group opens up to the Chinese market

Following the go-ahead for exports of pork to China in recent months, a great opportunity has been consolidated for the Martelli Group.

Already in the market with its fresh and frozen pork, from today the Group can also export its Parma Ham, both whole and sliced.

The export to China, in fact, proves to be of great importance for the Mantua company, since it lays the foundations for the construction of a sales network in one of the strategically most important non-European countries for export.

The drop in production and the no longer sustainable demand from Chinese breeders have outlined a fundamental opportunity for Italian companies, since pork represents 60% of Chinese protein consumption. 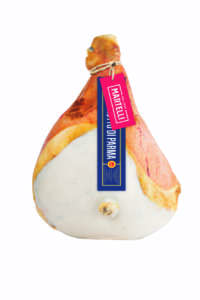 The Martelli Group, which has recorded an increase in the export of cured meats in recent years (18% of production) will be present on the Chinese market through various sales channels: in addition to importers and distributors, negotiations have already begun with the retail channel.

"It is a further goal for the Group - comments Marco Martelli - not only to meet a reality of great strategic importance like China, but above all to make Parma ham known, an excellence of the Italian territory and a brand known throughout world that, thanks to the opening of this new non-European market, will be able to find a further development".