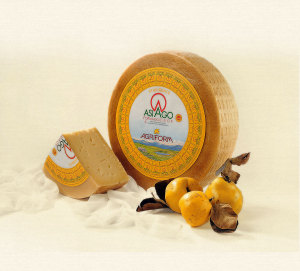 New important international recognition for Asiago PDO. The Consortium was invited to the bilateral meeting between Italy and Mexico dedicated to the role of geographical indications in the promotion of economies and local trade, held on the 20th of February in the Italian Cultural Institute of Mexico City.
During the meeting, attended by qualified Italian and Mexican experts, the Consortium gave an account of the project to protect its intellectual property rights that resulted in the specialty from the Veneto and Trentino regions being recognised as geographical indication fully protected by Mexico.
The comparison on the geographical indications in Mexico City represents a proof of the value recognized in the world to the Italian PDO and PGI system. A system that reached, in 2016, a production value of 14.8 billion euros, providing an important driving force for the entire national economy, and an export of 8.4 billion euros, equal to 22% of  national agri-food sector exports (data from the 2017 Ismea-Qualivita Report).
At the same time, the exchange between the different Italian and Mexican experiences is an opportunity to strengthen the spread of Italian food products in a country that shows many similarities with Italy and where the gastronomic culture is very evolved and agricultural production is an important item of the economy.
Tags:Asiago cheese