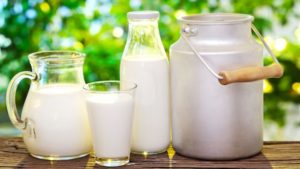 Parmalat joined the World Milk Day 2017 promoted by FAO with a dedicated campaign and a manifesto to unmask the many false myths related to milk and to reaffirm the importance of milk as “global food”. The firm’s campaign is called “In every drop of Parmalat milk there is much more than milk” and it aims to emphasize the contribution of the dairy industry to the economic and nutritional development of the population.

The company is also among the biggest buyers of Italian milk (650 million liters of milk each year) and its products arrive daily on the tables of over 19 million families in our country. Parmalat chose the World Milk Day to present in Italy Six false myths about milk, a list of answers to popular beliefs and misconceptions about milk and its assumption with the scientific contents of Umberto Veronesi Foundation.