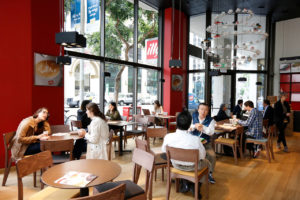 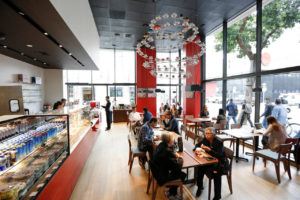 With this expansion, the Company reached the 8th sales point in the Californian city. In the USA, Illycaffè of Trieste also works in the towns of Chicago, Washington D.C., Detroit, Denver, Las Vegas, Los Angeles, and Miami, as well as Toronto in Canada. The most recent store is also the largest one. It was built around all codes that allow recognising the brand, from colours to furniture items, among which the chandelier with the cups of the Illy Art Collection emerge. The flagship in Milan, on the other hand, is included in the courtyard of a period building in via Monte Napoleone 19, spread over 141 inner square meters and a garden of over 60 square meters, covered with a glass structure that allows lighting and using it in any season.