Home » Dairy & cheese » Sabelli, with a cheese for children 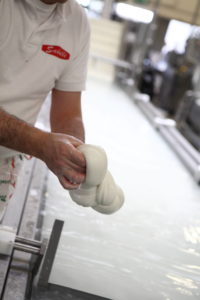 Sabelli Dairy was born in 1921, when Nicolangelo Sabelli started his activity with his son Archimede, in Molise region. In the 1950s, Archimede moved to Marche. The company grew, until it opened its present factory in the area of Ascoli Piceno. Today, the company is a well-established industrial reality, managed by the fourth generation of Sabelli family, with advanced technology and a logistics and distribution system of excellence. It is characterised by the production of fresh soft cheeses, from mozzarella to ricotta, stracchino, mascarpone, burrata, stracciatella, stuffed rolls. As for hard cheeses, the company proposes caciotta, provola, and pecorino cheeses. 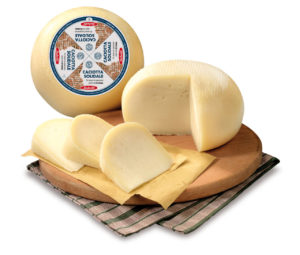 ‘Supportive Caciotta’ project, conceived and implemented by Sabelli Company, from the autumn 2016 to April 2017 has raised funds destined for three municipalities affected by the earthquake in the province of Ascoli Piceno. The money will be used to equip children's play areas, so that precisely thanks to play moments, characterised by carefreeness and aggregation, the recovery of normal social life is promoted, against the depopulation of these mountainous areas of central Italy. The company has already contacted the respective municipal administrations to locate the areas where these play areas will be created. The special caciotta, recognisable thanks to ad hoc designed graphics, was produced according to the high quality standards of the dairy and was distributed in the Italian supermarket chains for about six months; over this time, for every kg of product sold, 1 Euro was made available to people affected by the earthquake.

Sabelli is one of the companies admitted to ‘Elite’ project of Borsa Italiana (Italian Stock Exchange), which supports excellent companies in the realization of growth and internationalization projects. The platform provides access to numerous financing opportunities, improves visibility and attractiveness of companies, puts them in contact with potential investors, and supports the management in a path of cultural and organizational change. The admitted companies are heterogeneous by geographical location and respective sectors, boast a track record of positive results (growth, turnover, marginality), a convincing growth project, management credibility, and good motivation to deal with change. Last November 3rd , with two new events that took place simultaneously in Milan and London, the new companies (31 Italian) that entered Elite were presented. So, Elite boasts more than 430 international companies.