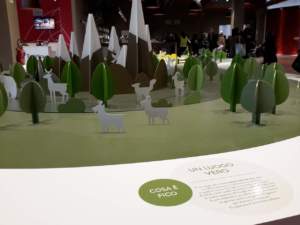 Fico opened in Bologna on November 15th and extends over 100,000 square meters. It was designed to present to Europe and the world the entire food production chain according to Italian tradition. The visitors are welcomed by a totem that indicates both name and orientation area and groups realised with models of the structure that explain the intent of the Park: a real representation from the land to the table, recreational and pleasant but ‘real’, because both animals and plants really grow, the products are processed according to the rules and are either sold or consumed in accordance with best practice. 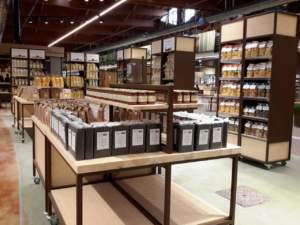 The ‘L’- shaped structure that in the past belonged to Caab is set up with kiosks, benches, stands, and long corridors where it is possible to go by bicycle with the collaboration of Bianchi. Training and culture are accompanied by health and fun, thanks to both outdoor structure and indoor sports facilities, as well as six ‘rides’ or attractions that show and allow experiencing emotions related to fire, land, sea, animals, drinks, and the future. 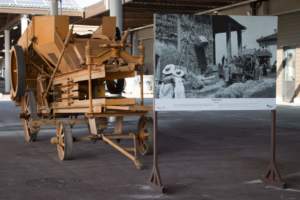 ‘At the entrance of Fico Eataly World, it is written that of the 1,200 varieties of apples produced in the world, 1,000 are grown in Italy and the other 200 in other Countries: that is why we decided to realise such a park as Fico Eataly World, which wants to let everyone know how these products are processed, beginning from animals, telling about factories, production, sales’. Oscar Farinetti, founder and president of Eataly and visionary creator of Fico Eataly World, a theme park dedicated to Italian food tradition, said this. 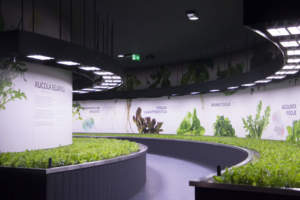 Tiziana Primori, CEO of Fico, explained: ‘Here we want to tell in real life the whole process that brings a product from the fields to the tables, focusing on artisan skills, the recovery of manufacturing operations, concept of workshop, in an environment that also wants to train and educate people with such modern and innovative tools as rides and technological interactions’. 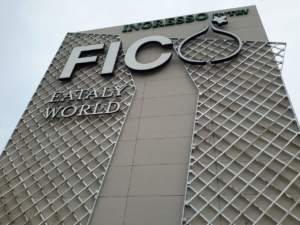 150 companies 2 hectares of open fields and stables, with 200 animals and 2,000 cultivars, to tell both variety and beauty of national agriculture and breeding;

8 hectares covered with 40 operating factories, which produced all the most famous ingredients of Italian table

areas dedicated to sports, children, reading, and services; 6 classrooms, and 6 large operating educational ‘rides’, to allow experiencing and knowing the secrets of fire, land, sea, animals, drinks, and the future;

the convention centre that can be modulated from 50 to 1,000 people, with spaces for both theatre and cinema